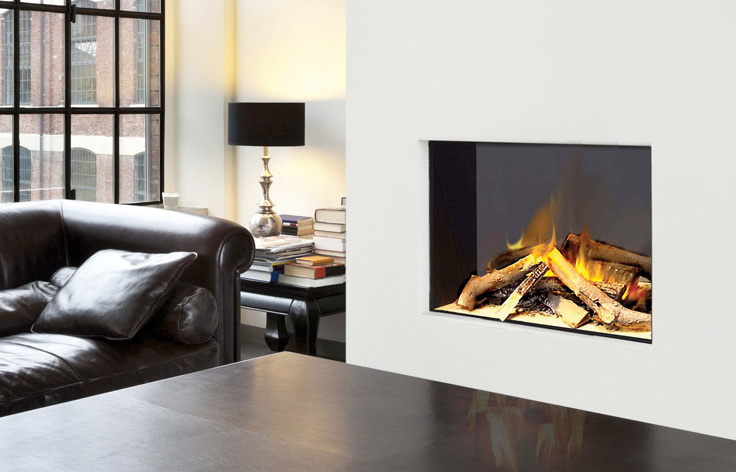 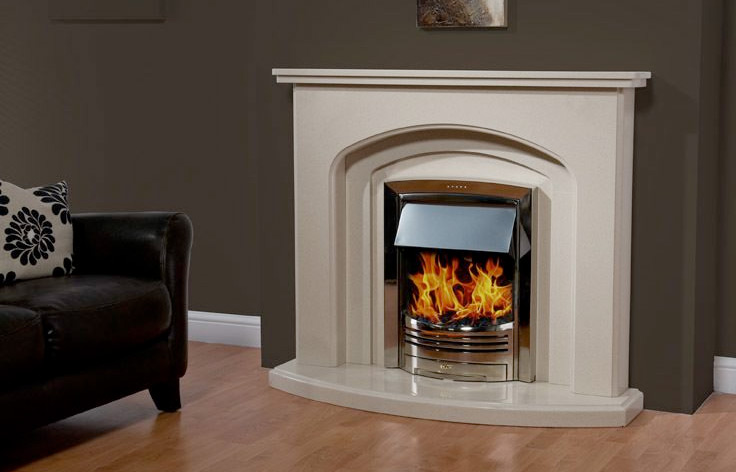 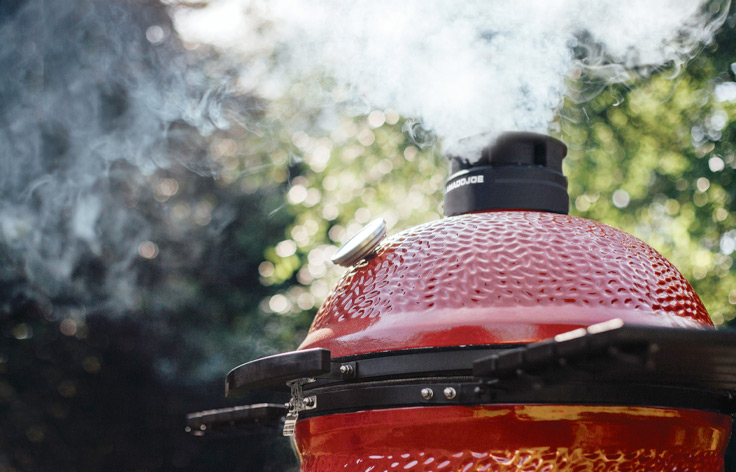 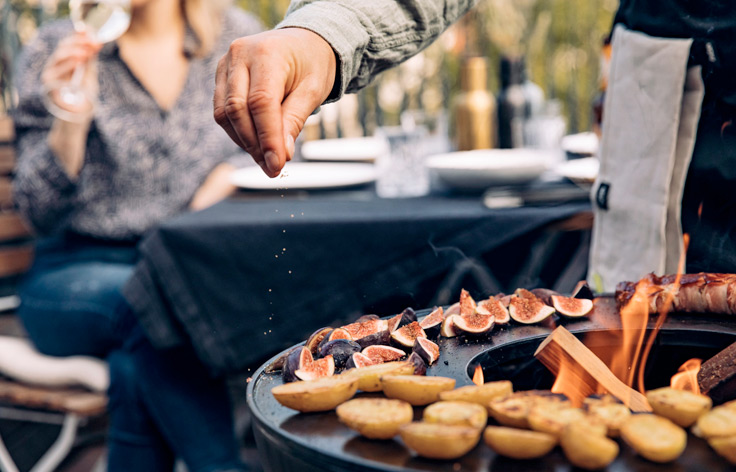 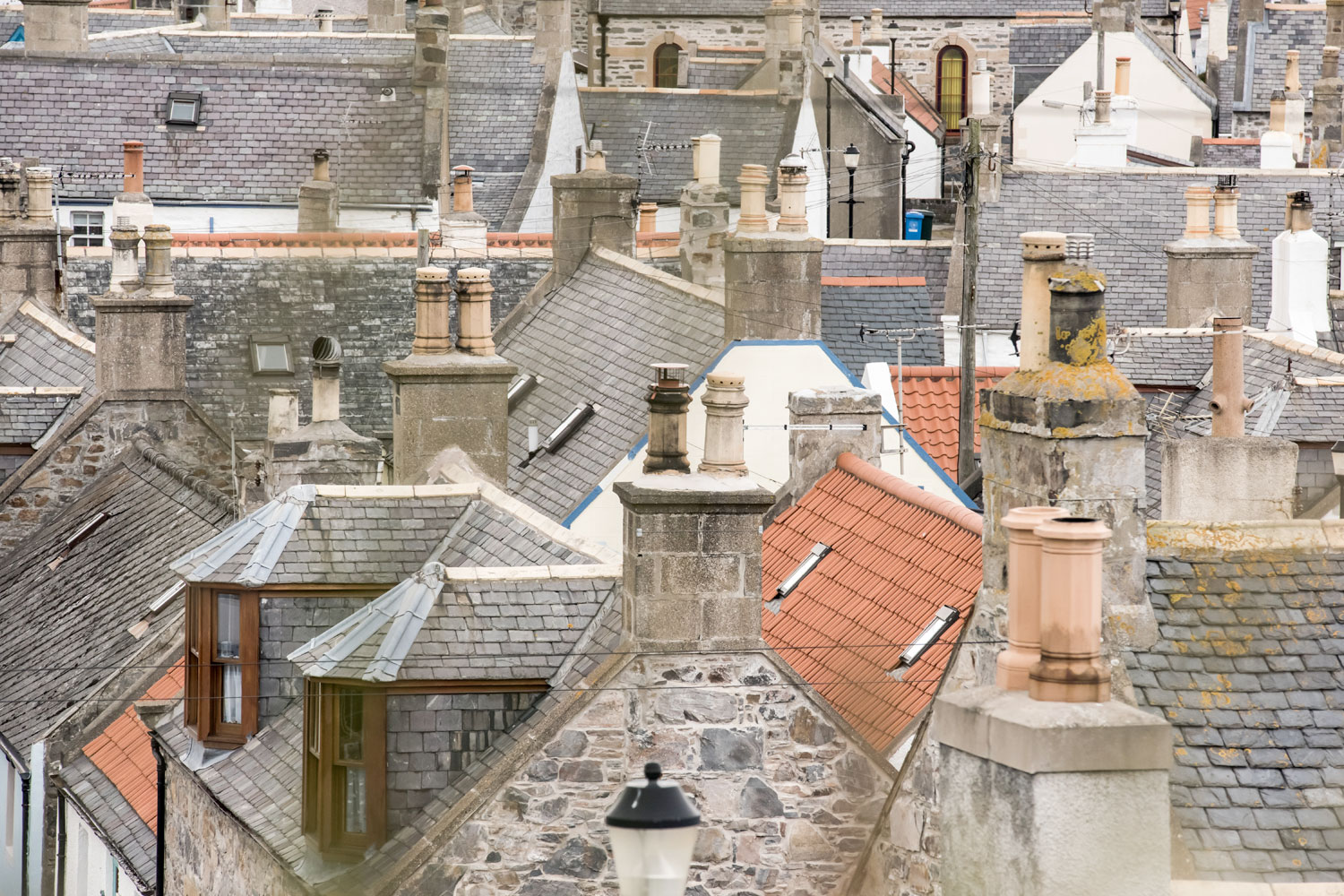 Since the dawn of time itself, people have gathered around the fire to tell stories and share knowledge. Drawn in by its warmth and light, it’s always been the perfect place to come together. It’s no coincidence then that the fireplace continues to be centrepiece of so many homes, and has been for centuries.

Of course, as fireplaces evolved, so did their design. Houses in medieval England had thatched roofs and chimneys, at that point, did not exist. Instead, most houses would have a central hearth where heat would be generated, and food cooked. The floors were covered with straw and the house frames were made of timber, so fire was always a risk. In fact, in an early form of a fire safety policy, William the Conqueror (1028-1087 AD) required that all fires be extinguished at night. This was often done using a metal cover called a ‘couvert feu’ – which eventually led to the term ‘curfew’.

During the 14th Century buildings began to be erected with hearths against the outside wall, but it was only towards the end of the century that chimneys began to make an appearance. It seems hard to imagine, but those early chimneys were made of hollowed out logs, making the fire risk even worse!

It wasn’t until the Great Fire of London in 1666 that new legislations and laws were brought in regarding the construction of chimneys. Over 13,000 houses, 87 churches and even St Paul’s Cathedral were razed to the ground – and so it was clear that the buildings built or rebuilt in their place would have to be re-thought and re-designed. Out went the timber chimneys to be replaced by ones made of brick and stone, straw was cleared from hearths and fireplaces were reduced in size.

By this time, many households were burning coal as a fuel instead of wood. Of course, as coal smoke rose up the stone chimneys it resulted in a pile-up of muck and soot which, if not cleared away, could block the flow. Enter the chimney sweep and his long extendable brushes!

Nowadays there are a wide variety of home heating options available, and chimney sweeps are not the regular sight on the high street that they once were. They’re still very much in existence and an important part of having an ‘open fire source’ in your home. Whilst the majority of home fires are today are powered by gas or electricity and are much more fuel efficient, and much cleaner too. As a result, many chimneys now simply act as heat vents to help the heat flow and circulate around your home properly, while many modern homes are built without chimneys at all, instead relying on various forms of flues or vents.

What hasn’t changed though over the last few centuries is the importance of the fireplace in the home. It is still the centre point of the room bringing warmth and comfort and increasingly it has become a design feature too.   At Embers Heating Studio in Derby we have a huge range of high quality fireplaces, fires and stoves for you to choose from, and we can advise you on what will best suit your property – whether you have a chimney or not! Whatever you decide upon, we’ll ensure that you and your family have somewhere special to gather around and share your stories in the evenings.

Give us a call on 01332 242299, email [email protected] or pop in to our studio to see what we have on offer. Our fireplace specialists will be only too happy to advise you on the right fireplace for you, your home your budget…and your chimney.

The Embers Heating Studio: Our Top Five Accessories for your Wood-burning Stove

The Embers Heating studio installation process, things you may want to consider before you buy

Fireplaces through the ages.

Winter is here, is your fireplace ready?

Why would wood be good?